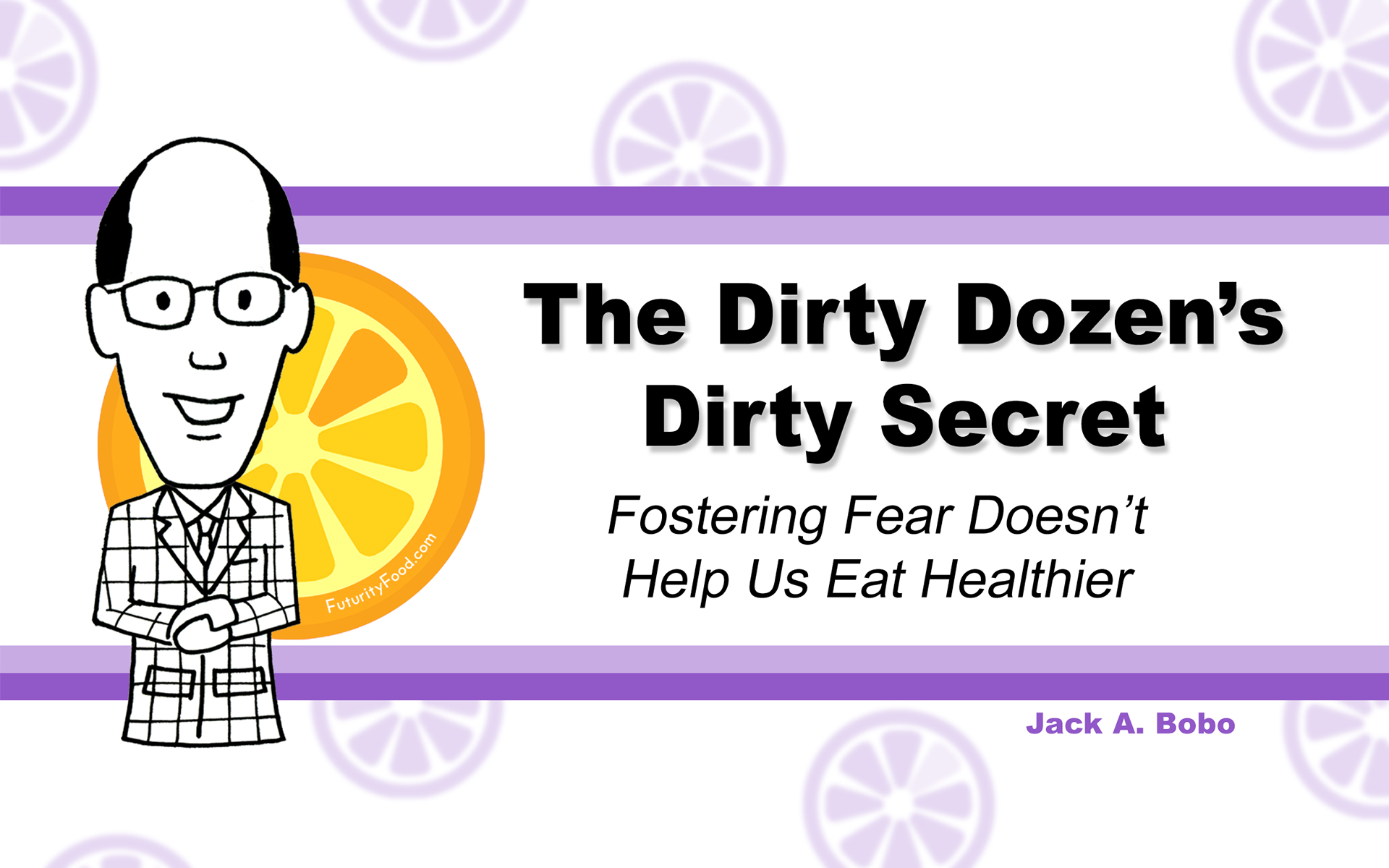 Fruits and Vegetables are Good for Us

Moms and dads, registered dietitian nutritionists, and doctors all agree that we should eat more fruits and vegetables. The U.S. Department of Agriculture and the Centers for Disease Control and Prevention spend a lot of time, energy and money trying to convince us to increase our consumption of these healthy foods. Despite their best efforts, however, only about 1 in 10 Americans gets the daily recommended servings of fruits and vegetables. 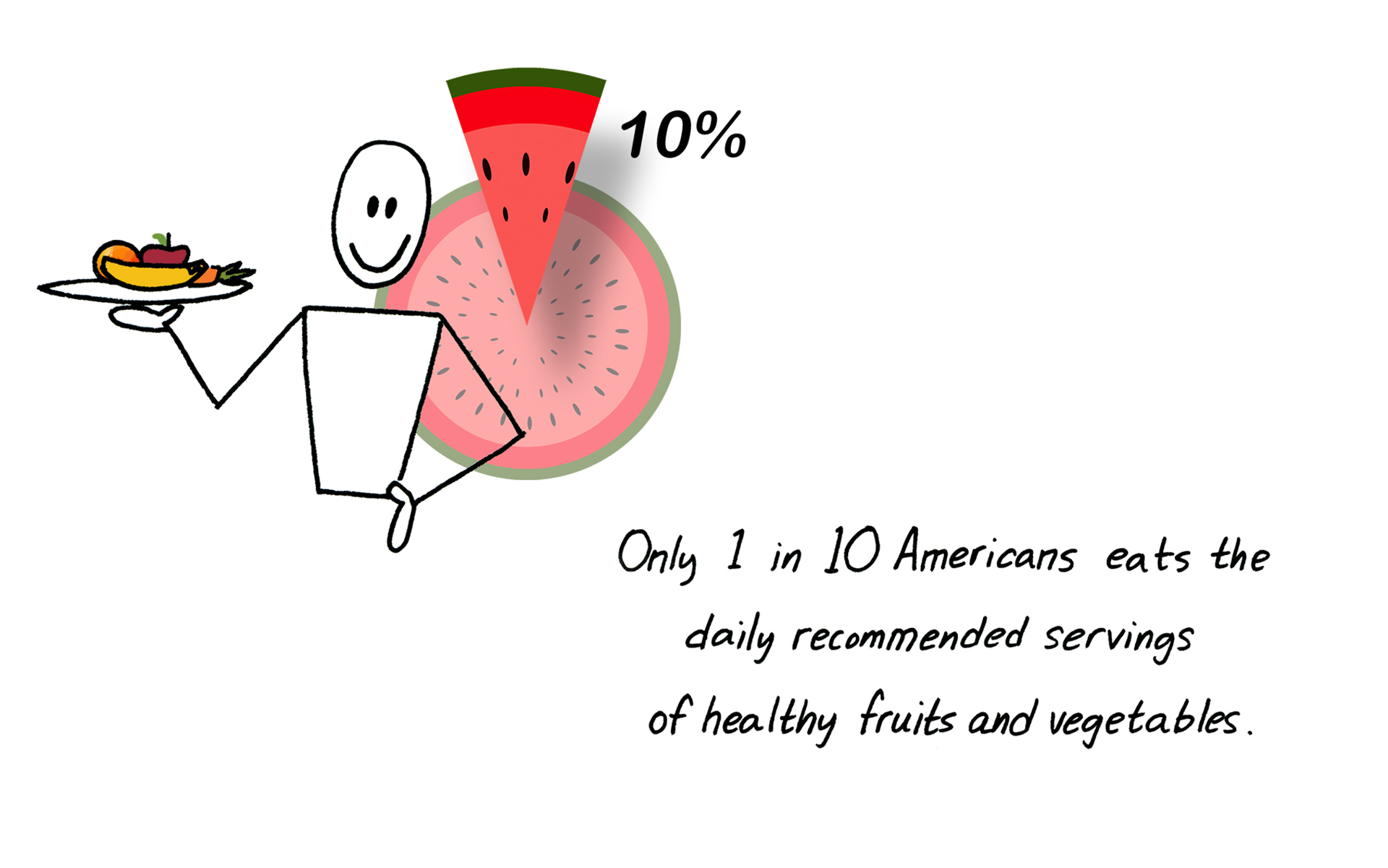 Fruits and Vegetables Can Even Prevent Cancer

The public health consequences of our poor eating habits are significant. Teresa Thorne, Executive Director of the Alliance for Food and Farming, stated in a Sound Bites podcast, “if only half of all Americans increased their fruit and vegetable intake by ONE serving a day, an estimated 20,000 cancers could be prevented every year. Both organic and conventional production methods yield safe and healthy foods that experts everywhere agree we should all eat more of each day.”

Pesticide Residue Stories Scare Buyers Away from Fruits And Vegetables

According to the EWG, 70 percent of the produce sold in the U.S. has pesticide residues, including organically produced fruits and vegetables. In 2019, strawberries topped the EWG list for the fourth year in a row. The report states that strawberries are the fresh produce most likely to remain contaminated with pesticide residues, even after being washed, with the dirtiest one containing 23 separate pesticides residues.

A number like that is high enough to frighten anybody, and it’s no wonder that such stories make consumers leery of buying fruits and vegetables. Nobody wants to expose themselves or especially their children to toxic chemicals, and pesticides would certainly seem to fall into this category. Many pesticides can cause cancer and are highly regulated by the Environmental Protection Agency. It seems to make sense to reduce exposure as much as possible. And tragically, this can result in consumers buying less of the very foods that they most need to become healthier.

But Our Fruits And Vegetables Are Safe To Eat

We need to bear in mind that just because something can cause cancer does not mean that it does cause cancer. As the Swiss physician and philosopher Paracelsus so aptly put it 500 years ago, “The dose makes the poison.” Even water is toxic if we drink too much. Several people actually die each year from its toxic effects—but does that make it a good idea to avoid water? Certainly not! Paracelsus was right: the amount of a material involved makes a tremendous difference in whether it is harmful—or highly beneficial—to human life. 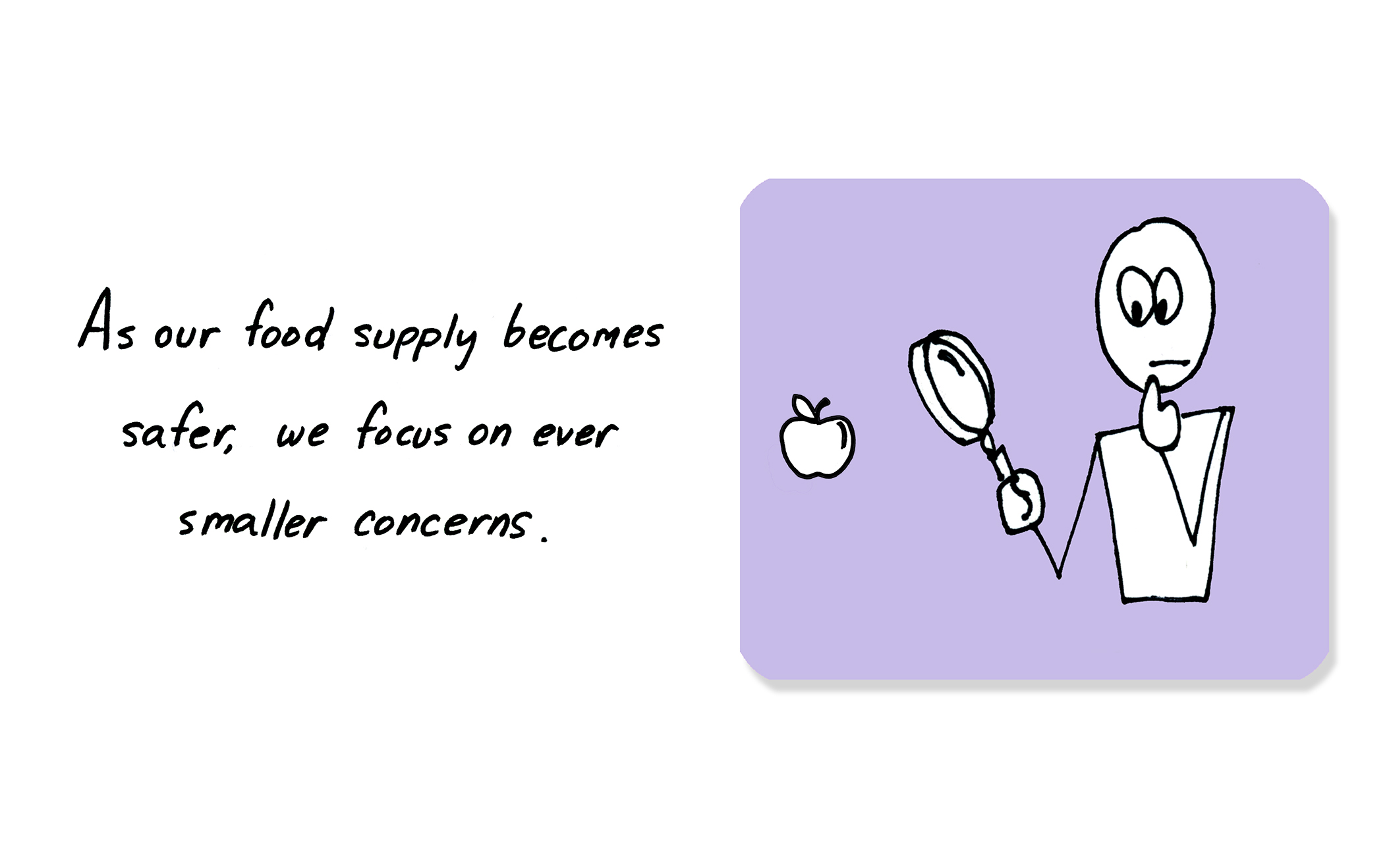 We are much safer than the EWG Dirty Dozen food pesticide residue list might lead us to believe at first glance. A 2015 analysis of dietary exposure to pesticides in the International Journal of Food Contamination concluded that pesticides in the diet continue to be at levels far below those of health concern. The paper’s author, Dr. Carl Winter, Department of Food Science and Technology, University of California, Davis, stated: “Consumers should be encouraged to eat fruits, vegetables and grains and should not fear the low levels of pesticide residues found in such foods.”

Notwithstanding good research proving that our food is safe, reports like that from EWG and marketing campaigns by some food producers continue to influence public perceptions about the safety of conventional food compared to food labeled natural or organic. Hundreds of articles are written and news stories presented each year on the purported dangers of pesticides in our food. Consumers are paying attention. But they are afraid rather than informed. 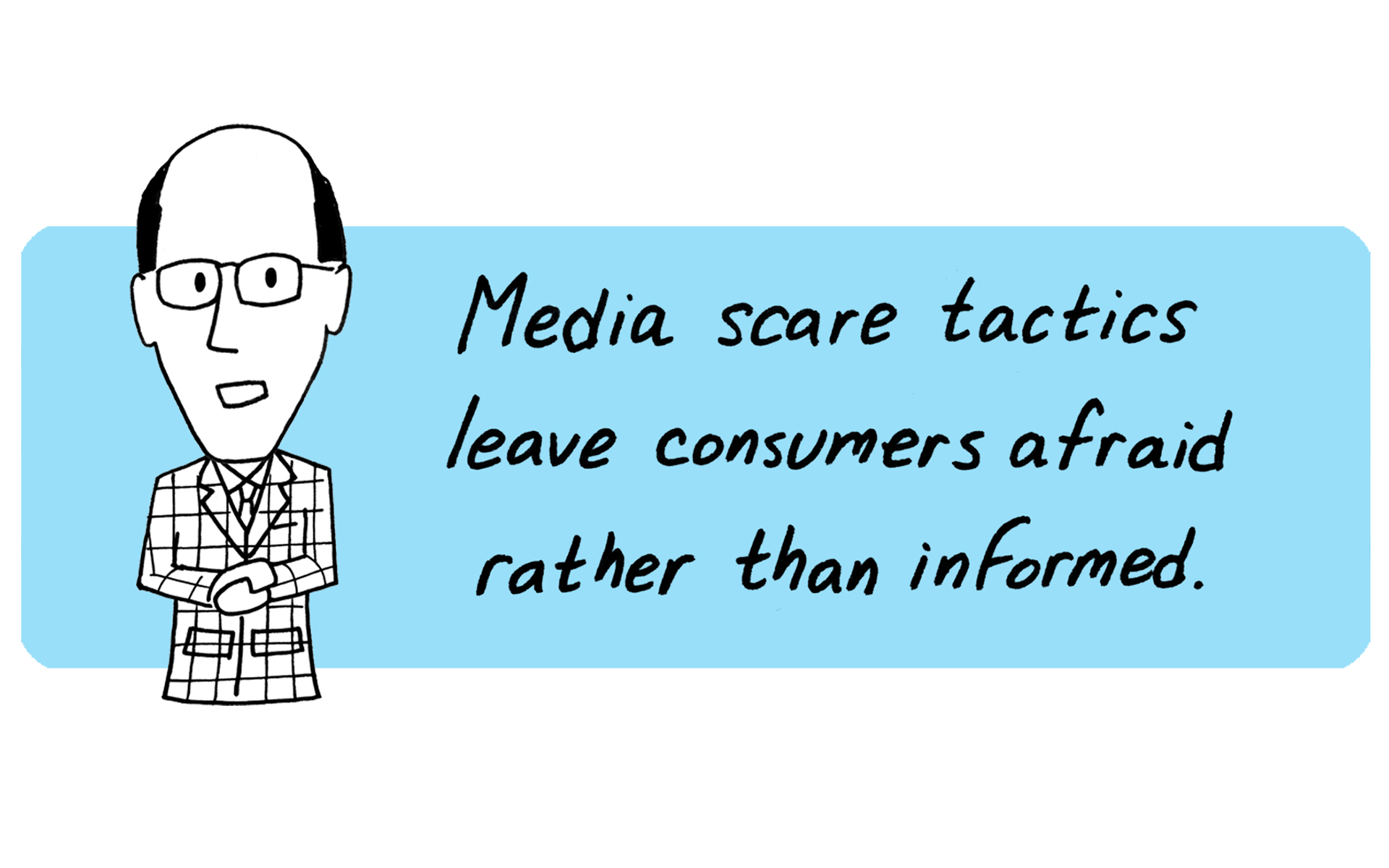 Yancui Huang, at the Center for Nutrition Research at the Illinois Institute of Technology, wondered how these types of communications might be impacting fruit and vegetable consumption in populations that cannot purchase organic produce, because of lack of accessibility, budget constraints, or other barriers. Huang and his co-authors conducted a study to see if campaigns like the Dirty Dozen could be discouraging low-income shoppers from purchasing fruits and vegetables.

These findings are consistent with the challenges we discuss in the article on decision fatigue (“How tired brains make bad food choices.”) The simple message that “we should eat more fruits and vegetables” becomes more complicated with the news that some produce contains pesticides, which may, or may not, be a risk to health. Rather than do further research to discover that the pesticide residues on food are perfectly safe, wealthy shoppers simply choose organic produce to reduce their exposure. However, most shoppers are price-sensitive and can’t easily opt for higher priced products. When confronted with the need to balance the benefits and risks of conventional versus organic produce for their families, it is often easier to choose neither, and not purchase fruits and vegetables at all. This is a terrible irony, because it means that these consumers are being harmed by information that is supposedly meant to help them.

Pesticide Fear Is Ill-Founded and Harmful to Public Health

There is nothing inherently wrong with sharing information with the public about the presence of pesticide residues in food. Consumers are constantly asking for greater transparency about the food they eat. However, it is also critical to provide consumers with context for such information. We have the safest food supply in the history of the world. Consumers should not be afraid of the food they eat. Instead they should feel confident that whatever fruits and vegetables they purchase will be safe and nutritious and contribute to the well-being of their family. 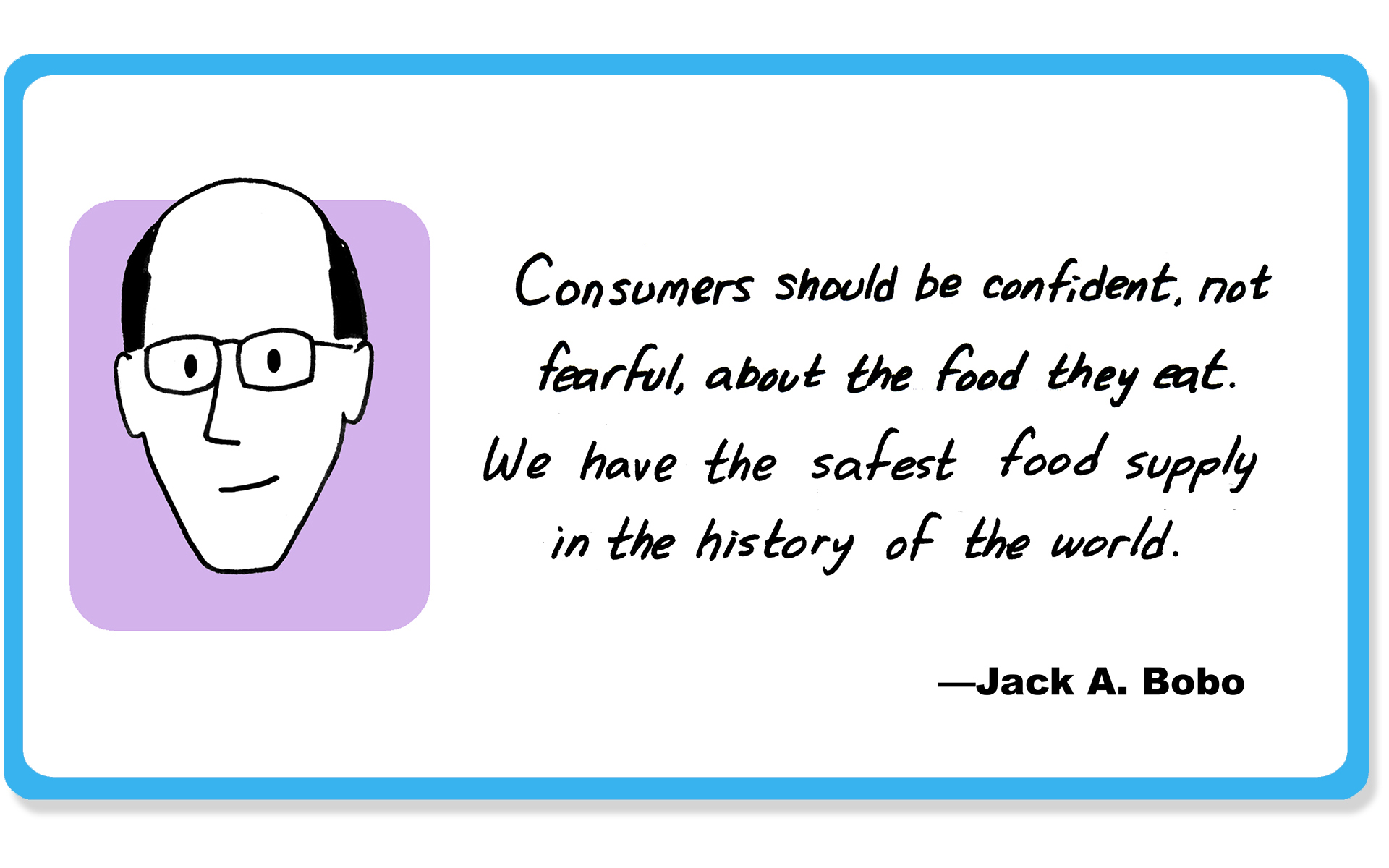