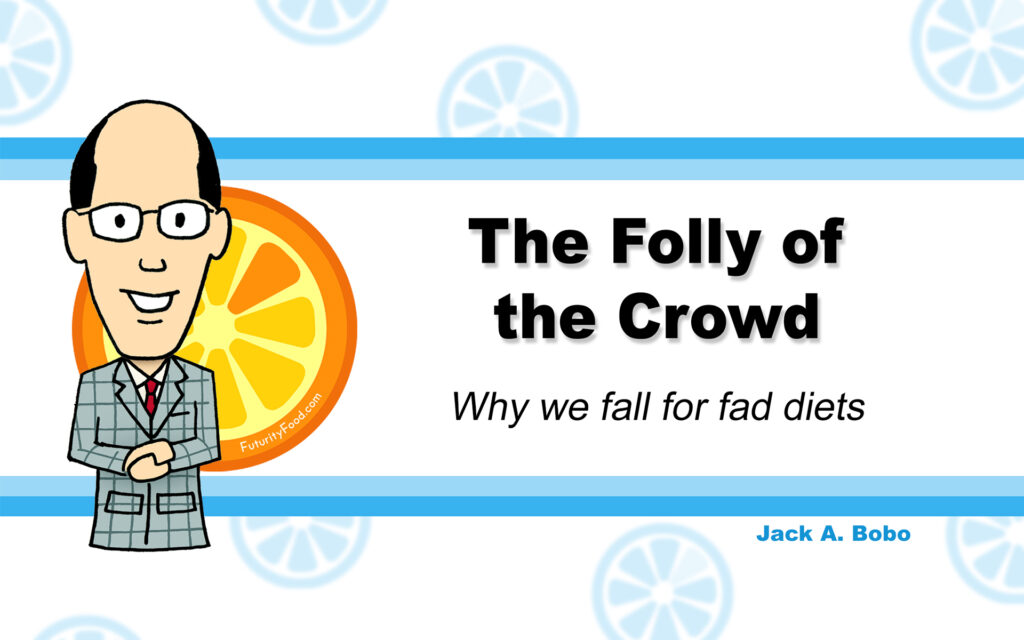 Obesity in America has reached epidemic proportions over the last few decades. Obesity lowers life expectancy and increases incidence of serious medical conditions, including diabetes and cancer. Roughly two thirds of all Americans are now overweight or living with obesity, making this a health and food issue of widespread and critical concern.

The rising prevalence of obesity has led to an accompanying “epidemic,” of weight loss diets. It seems the more weight we gain, the more diets there are to choose from. Recent data shows that more and more Americans are following (or trying to follow) some form of diet. According to the International Food Information Council (IFIC), 38% of Americans followed a diet in 2019, up slightly from 36% in 2018. 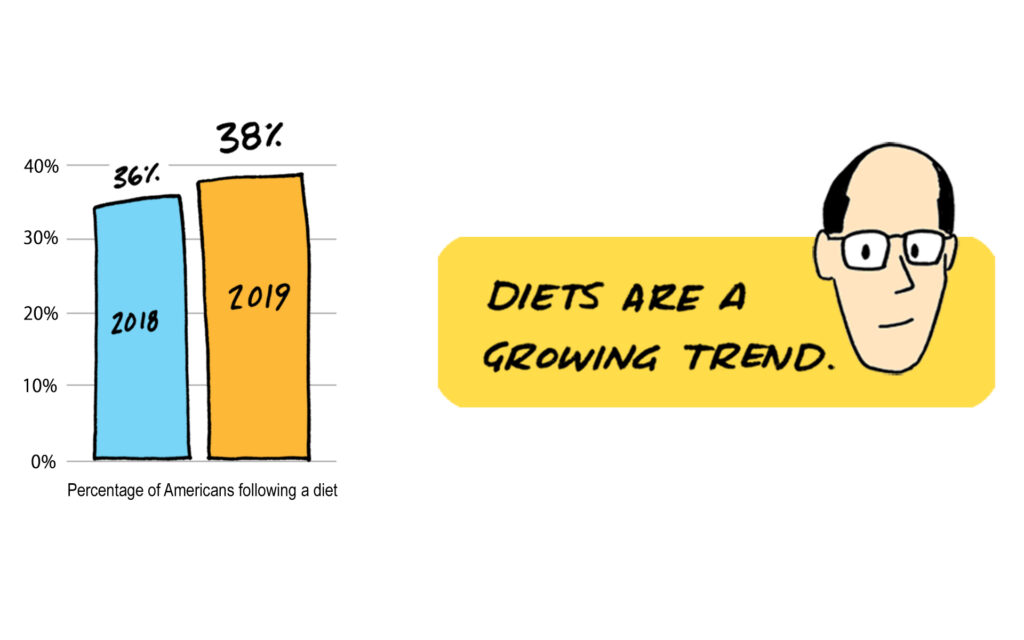 Unfortunately, America’s obsession with diets has done nothing to stem the tide of obesity. That may be because many of the diets consumers are following have little support from science. If they don’t have scientific validity—and they are not helping people lose weight—why are these diets so popular? That’s an important question, and it’s what we’re going to consider in this post.

What Makes Fad Diets So Popular?

New diets can become hot topics more quickly today thanks to their accelerated exposure across the Internet, influencing food fashions and shaping product lines in restaurants and groceries across the country. This makes it even easier for more people to jump on the bandwagon. Americans are always on the lookout for the newest diet fad. Remember the Paleo Diet? How about the Keto Diet? Now both are making way for the latest rising star, clean eating. 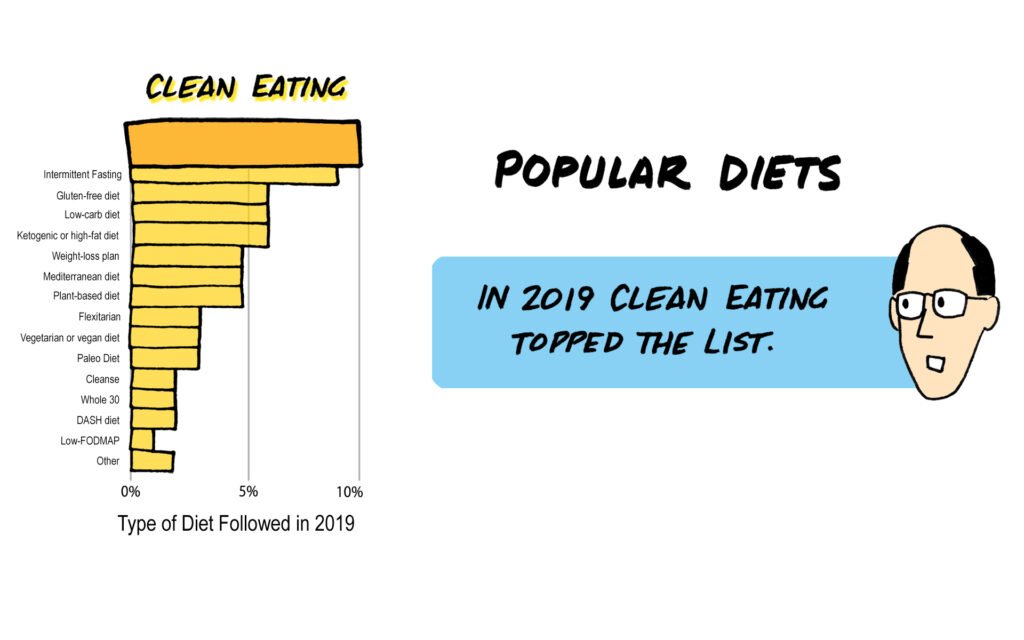 Clean eating has been one of the fastest-growing diets in recent years. Companies like Panera define clean eating as food products free from artificial flavors, preservatives, sweeteners, and colors from artificial sources. While many would describe clean eating as more of a lifestyle than a diet, that has not kept it from becoming the most popular diet of 2019. The clean eating diet was added to the IFIC survey in 2019 and is already the top diet followed by consumers.

Why is it that consumers jump from diet to diet, following each new craze? One might think that the failure of each new fad diet to deliver the desired health or aesthetic gains would make consumers leery of pursuing the next one, particularly given the substantial amount of money consumers are spending on these diets. But consumer enthusiasm is unabated. The continued growth of the diet industry suggests that the end is nowhere in sight, and American consumers will continue to follow fad diets in large numbers. We’ve even had to coin a new term, orthorexia, to describe the condition of an individual obsessed with working out a perfect diet rather than attaining excellent health.

One reason that individuals tend to follow the crowd, or in this case a fad diet, is because they often turn to people they know as a source of good information. Just like when parents have questions about schools in their area, they typically turn to friends and neighbors for their recommendations. The people we know and trust are who we turn to first when we need information to help us get through our busy lives, even if they don’t have expertise in what we want to know. The advantage, however, is that this type of social networking can make decision-making easier.

In the article about how “Tired Brains Make Bad Food Decisions,” we examine how decision fatigue occurs when we’re overwhelmed by too many choices. This can lead us to make the easiest decision, even when it is not the best choice for us. Given the overwhelming number of popular diets and food fads we’re exposed to every day, it wouldn’t be surprising to learn consumers often select the diets they are going to follow out of decision fatigue. They simply select what seems to be the most popular diet as a solution to their problems. 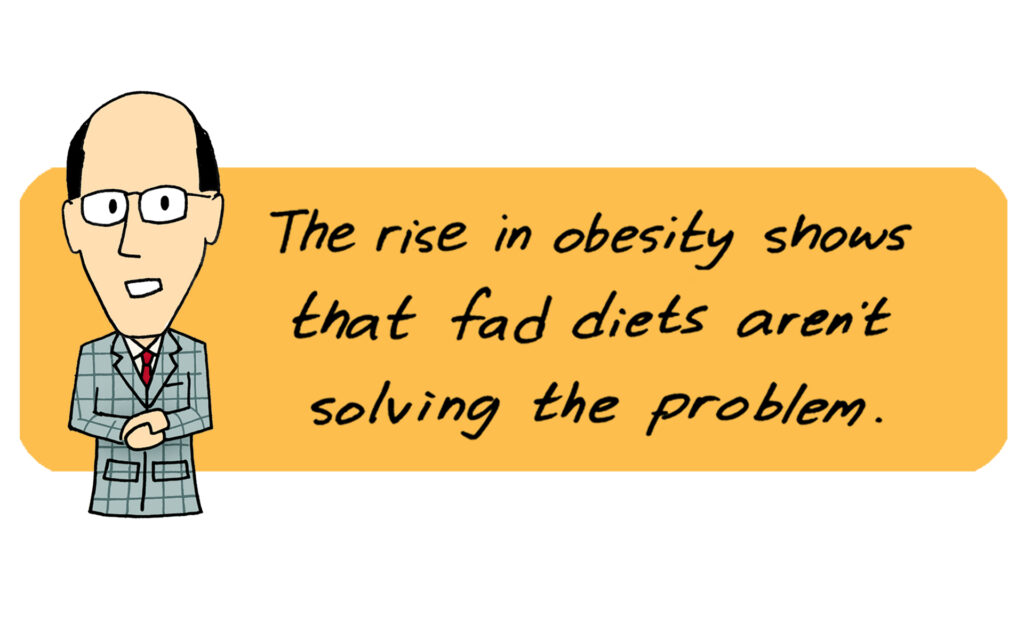 And yet, as the stubborn rise of obesity shows, most of the advice provided in the fad diets has not proven effective. Their poor track record ought to leave consumers with very little motivation to follow the next fad diet telling them what and how to eat. So why do consumers fall into what appears to be a deep rut of listening to diet advice again and again from people who obviously haven’t a clue as to what will really solve their problems? The answer probably has something to do with social influence.

The desire to conform to social norms exerts more pressure on our behavior and perception than most of us realize. In 1951, the psychologist Solomon Asch devised an experiment to test the power of social influence. Interestingly, he expected the experiment to show that previous research on social pressure to conform overestimated the influence of the majority on an individual’s decisions. Boy, was he wrong!

The experimental design included a simple test with an obvious correct answer, which meant that if the subject gave an incorrect answer, it could only be due to group pressure. Fifty male students from Swarthmore College in the USA participated in what they thought was a “vision test.” Asch put eight people at a time in a room, but only one of them was the actual test subject. The other participants were instructed by Asch, and agreed in advance what their responses would be. The real subject believed that the other seven participants were also test subjects like himself.

Each person in the room stated aloud which comparison line (A, B or C in the chart below) was most like the target line. The answer was always obvious. The real subject was positioned so that he sat at the end of the row, and he had to give his answer last. 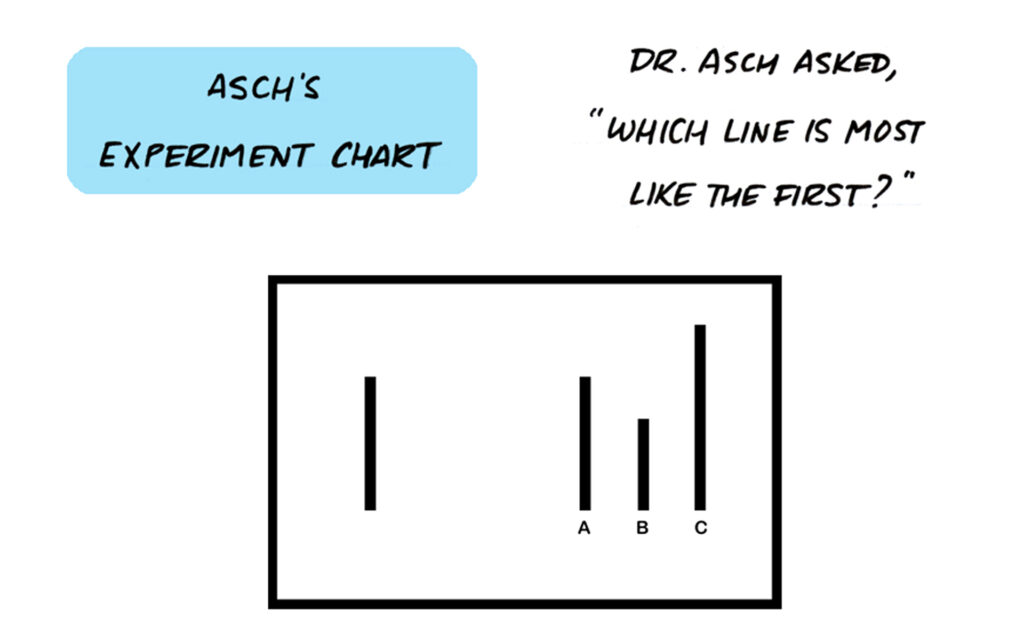 Asch expected that most participants would give the correct answer since the right answer was so obvious. He was sorely mistaken. An astonishing 75% of the subjects “conformed” to the influence of the other students at least once and gave a wrong answer. On average, about one third of the test subject answers conformed with the clearly incorrect majority. 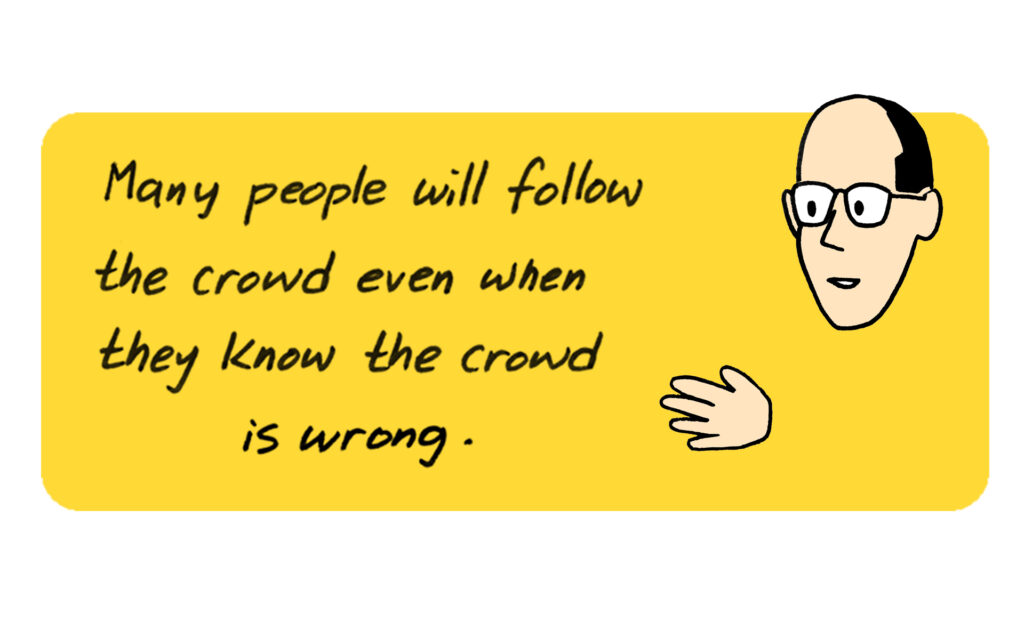 In the age of social media influencers, it is likely that both forces are at play. Consumers follow influencers on social media because they believe the influencers are better informed than themselves, but they also look to those around them for cues about how they should eat to fit in. They are not necessarily following these cues because they think others are scientifically correct, but rather because they want to be part of the group, and part of fitting in means knowing what and how to eat.

When it comes to selecting the diet that is right for you, keep in mind that the record shows there is very little wisdom in the crowd. If our goal is to eat healthier, most of us would be better off following the advice of nutritionists, dietitians, and doctors, and avoiding the advice of social media influencers, particularly those with something to sell. And if a family member or friend had success with weight loss, you may want to ask what worked for them, but don’t assume it’s the right approach for you. On the other hand, if your goal is to be part of the “in crowd,” then the IFIC surveys provide a good view of what’s hot and what’s not.

Next time you find yourself tempted by some new diet craze, ask yourself these questions: 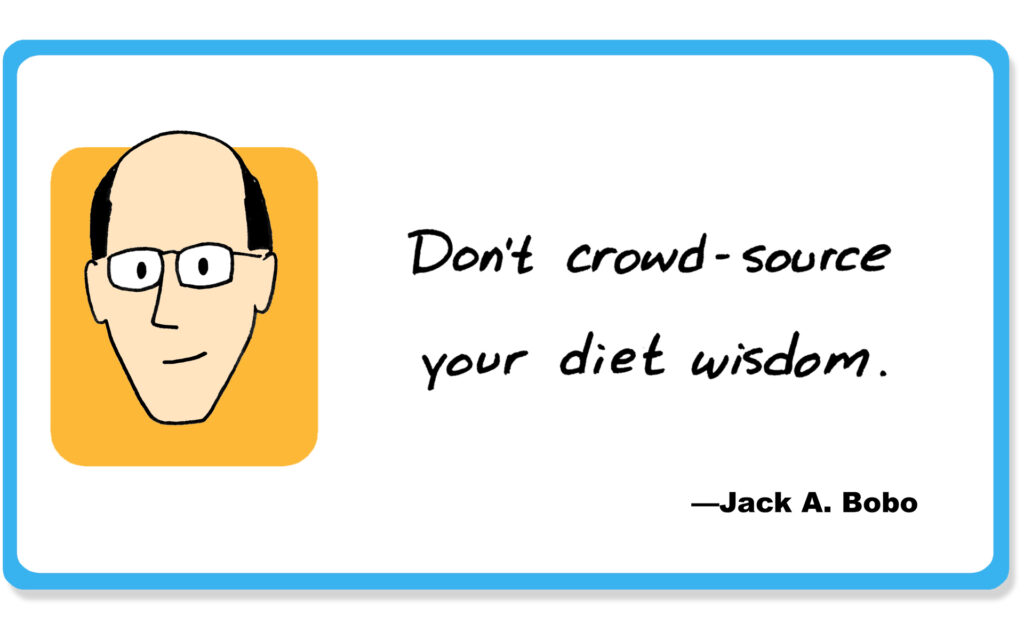